BARRY SCHUCHARD, CEO AND PILLAR OF KLJ ENGINEERING, PASSES AWAY

KLJ Engineering announced today the passing of CEO Barry Schuchard after a hard-fought battle with cancer. A pillar of KLJ, Schuchard spent 38 years with the company, guiding the organization from many roles over the years, most recently stepping into the CEO role January 1, 2021. His legacy was built on a demand for quality, and openness with communication, and an unwavering trust and confidence in all KLJ employees-owners and projects.

Schuchard began his career with KLJ in 1983 in the company’s Valley City, ND office as a Resident Engineer. Growing his career over almost four decades, he was part of nearly every major event the company undertook, from new offices, new geographies, services and projects. Schuchard was a strong mentor for many in the organization, something he truly enjoyed doing, guiding and supporting career development over a number of years. A staple of the North Dakota State University (NDSU) Bison tailgating crew, you could find him at every Bison football game, often with that big Bison bus and a KLJ tent behind him, cheering on the herd with family, friends, coworkers and clients.

Schuchard served as the President of the KLJ Solutions Holding Co. Board of Directors, and was on the NDSU Foundation and Alumni Association, serving on the Outreach, Awards, and Nominating Committees. He was passionate about the Red River Zoo, serving in various roles on their Board over the years including President and Vice-President.

The KLJ Solutions Holding Co. Board of Directors, on behalf of the entire company, expresses their gratitude and thanks to the many friends, clients, and communities who reached out to express their support for the company and the Schuchard family, as well as share exceptional memories and impact Barry had over the past decades.

Details regarding funeral arrangements are below.

Masks are encouraged, not required.

The Funeral will be live-streamed at the following link: https://www.hansonrunsvold.com/ by clicking on Barry’s obituary. The video will be available following the service. 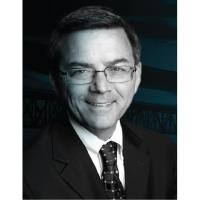