Bakke Kopp Ballou & McFarlin, Inc. (BKBM Engineers) is pleased to share several new appointments within our leadership structure as we enter 2021. Andrew Rauch has been named President after being on the Board of Directors and serving as a corporate officer since 1994. Throughout his extensive career with BKBM, Rauch has been a technical leader, held various leadership positions including Structural Group Manager and Director of Quality Assurance, and has had active leadership roles in developing employee mentorship and quality assurance programs. He also oversees the growth and expansion of BKBM’s Denver office. Ronald LaMere, who has served as BKBM’s President since 2011, will remain a Principal and on the Executive Committee and will serve as a Vice President. LaMere’s new role will allow him to focus on client relations, mentoring, quality control, and creative problem-solving.

The Board has also appointed Chris Plessel (Secretary), Matt Ricker (Executive Vice President), and John Timm (Vice President) as new members. All three were also promoted to Principal along with Tina Wyffels, who joined the Board in 2019 and will now serve as Treasurer. Timm and Wyffels will continue in their respective roles as Director of Risk Management and Director of Business Development.

BKBM would also like to recognize several key transitions from 2020 that were disrupted by last year’s events. Congratulations to Tony Foggia, Associate and Project Manager, on becoming the new Structural Group Manager. In addition, the company added three new Associates: Kris Borchardt (Structural Project Engineer), Erik Godfrey (Senior Structural Designer), and Knute Hinderlie (Director of Information Technology). Each brings tremendous dedication, leadership, and expertise to their new roles, and BKBM looks forward to their continued growth in the new year and beyond.

BKBM is an award-winning, multi-discipline engineering firm with a 50+ year reputation for innovative and cost-effective design solutions with a focus on constructability. With offices in Minneapolis and Denver, the firm specializes in structural, civil, and restoration engineering. 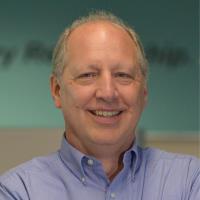