John T. Evers, PhD has spent 30 years working in government, association management and legislative affairs. He has most recently served as the Sr. Director of Government Affairs for The Business Council of New York. While employed by The Business Council for the last five years, he has been responsible for construction, transportation, telecommunications, technology, contract procurement and manufacturing issues. His government experience includes service in the New York State Assembly as a legislative assistant and as an assistant to the Clerk of the Assembly, senior policy analyst for the Albany County Comptroller, and legislative affairs director for the NYS Commissioner of Taxation & Finance. He also held senior level management posts in Albany County government serving as Commissioner of General Services, CIO, and Director of Operations. A Bachelor of Arts graduate of Siena College (’91), he also holds a Master of Arts (’98) and Doctorate (’13) in Public Policy History from the State University of New York at Albany.

Evers will be taking on the role following the retirement of current President & CEO, Jay Simson, which was announced in 2020. Evers selection comes as the result of a year-long search conducted by an ad hoc committee comprised of current and past ACEC New York leaders with the oversight of the 2020-21 Executive Committee.

“I am confident that John Evers will successfully lead ACEC New York following my departure from the association,” said Simson. “His experience with the Business Council, paired with his knowledge of the AEC industry locally and statewide, make him an ideal leader for this association, and I look forward to seeing the positive changes he will bring to the role.”

“As incoming Chair, I look forward to working closely with John Evers in his new role as President and CEO,” said Rick Zottola, current Chair-elect of ACEC New York and Partner for LERA Consulting Structural Engineers. “Change can be challenging, but the growth that comes with a new perspective is essential to future success. I know this appointment will be a positive step forward for the organization.”

While Evers will officially occupy the position beginning July 1, the transition will begin on June 1.


###
ACEC New York is a proactive coalition representing nearly 300 member firms who engage in every discipline of engineering related to the built environment including civil, structural, mechanical, electrical, environmental, and geotechnical. Our shared goals are to further the business interests of our membership, enhance the quality and safety of the environment we live and work in, and help ensure the vitality of our communities. For more information, visit www.acecny.org. 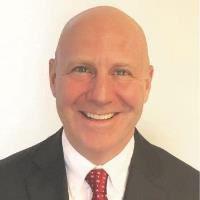