August 30, 2021 – KLJ Engineering LLC (KLJ), is proud to announce Martin Fritz as the company’s chief administrative officer (CAO). In this role, Fritz is responsible for overall operations of the company, including the company’s safety programs and procedures, strategy development, legal, risk management, insurance, office/facilities leasing and construction, and related administrative management.
He joined KLJ in the beginning of 2018 as the company’s market director for their Energy and Natural Resources Division, specifically serving the oil & gas, power, and telecommunication industries. Prior to joining KLJ Fritz held various executive level leadership roles at several public companies most recently serving as president and chief executive officer of WBI Holdings, Inc., MDU Resources Group’s pipeline, midstream, and energy services business.
He earned his Juris Doctorate (JD) degree from The Dickinson School of Law of the Pennsylvania State University and previously practiced both as a corporate attorney with Duane Morris LLP and deputy general counsel with EQT Corporation. Fritz also earned a bachelor’s degree in business/economics from University of Pittsburgh and began his career with Ernst & Young where he earned his CPA.

As an active member of the community in which he lives and works he serves on the Board of Directors of Missouri Slope Areawide United Way in Bismarck, N.D. and is a past president and board member of Literacy Pittsburgh. He is a past board member of Interstate Natural Gas Association of America, the Southern Gas Association, and past president of the Pittsburgh Chapter Pennsylvania Institute of Certified Public Accountants. Fritz has also been the recipient of the Distinguished Alumni Award – University of Pittsburgh at Johnstown.


Since the 1930s, KLJ has worked alongside communities and clients of all sizes; partnering with cities, counties, and developers — just to name a few. At KLJ, we plan, design, and support infrastructure across the country such as roads, runways, pipelines, and parks. We create solutions that turn visions into reality and improve the lives of people and communities across the nation. We do this by focusing on a business model that puts the customer first, providing an exceptional experience that truly reimagines what projects can become. KLJ has office locations that span several states and cities, but that doesn’t mean we only work from those locations. We’re proud to say we work in various geographies and markets across the nation and with the right people, in the right place, at the right time, we’re helping communities move forward and grow. For more information about KLJ, visit www.kljeng.com. 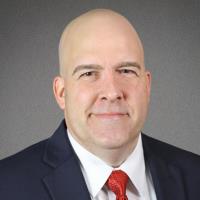