ST. PAUL, Minn. – Seven projects that will improve rail service in Minnesota were announced today by the Minnesota Department of Transportation. The projects will receive a total of $4.05 million in grants from the competitive Minnesota Rail Service Improvement program, and will help support economic development in different parts of the state.

“The number of applicants for the 2021 MRSI grants show there’s a great need to maintain or improve rail freight service in local markets throughout the state,” said Peter Dahlberg, Office of Freight and Commercial Vehicle Operations program manager. “These local rail connections give local farmers, manufacturers and other local businesses the opportunity to compete in global and national markets.”
The seven projects awarded during the most recent round of MRSI funding include: The Minnesota Rail Service Improvement program began in 1976. Learn more about the program. 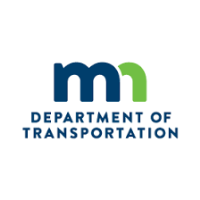