Barry Whiteaker (77) of Bloomington died on August 24 of complications following coronary bypass surgery. Barry’s sudden decline after an apparently successful operation shocked and surprised his family and many friends who had been looking forward to spending time with him as he recovered and had hoped to be able to enjoy his warm, intelligent, and supportive presence for many more years. Barry is survived by his beloved wife of 54 years, Roberta (Bobbie), son, Paul and many friends and family. Services will be private. He was a man of many interests and accomplishments. From an early age he showed a strong interest in understanding how things work and how they are put together. He began building furniture as a teenager and became a fine craftsman. He was alongtime member of the Woodworkers Guild. Professionally, Barry became a successful and respected consulting structural engineer. He was one of the pioneers of computer analysis of structures and later, of analyzing and mitigating the effects of vibration. He and his partners built ESI Engineering, where he was president for ten years and remained active well after his retirement. He also loved nature and the outdoors. With the encouragement of a Hopkins High School counsellor, he and a group of school friends took their first wilderness canoe trip at age 16. This was to be the first of many to the BWCAW/Quetico and on regional rivers such as the St. Croix and Namekagon. Wildflowers and birds fascinated him, which led to nature photography and participation in the Nature Camera Club. He enjoyed exploring bogs and old growth forests. He developed a particular affinity for the North Shore and hiked much of the Superior Hiking Trail. Wildflowers led him to growing and breeding orchids and daylilies. His greenhouse and gardens were a joy to experience. He became a leader in both the Daylily and Orchid societies He and Bobbie were accomplished cooks. They loved to entertain, and evening at the Whiteakers was always a treat, with good company, good food, flowers and the latest jazz recordings. Barry assumed his role as the father of a child with cerebral palsy with steadfast love and devotion. With deaf grandparents, Barry (who was fluent in sign language) had a deep appreciation of the needs of handicapped people. He and Bobbie have always been fully engaged with son Paul’s care and the operation of his residence, Homeward Bound. Barry lived a full and productive life. His family and friends will always remember him with love and respect. 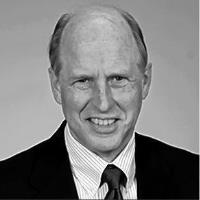